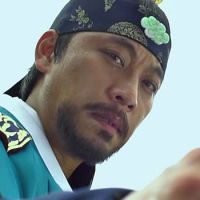 If anyone is looking for a feel-good drama, I suggest checking out Surgeon Bong Dal-hee (2007). Light but not fluffy, deep but not heavy, the drama is a pleasant blend of action, comedy, and romance. It does not make my Top 10, but I liked it enough to miss it when it was over. Certain… Read More ›

My fat suit is fatter than yours

The name’s Karl. Karl Go. Male lead character in Get Karl! Oh Soo-jung. What do you mean, you’ve never heard of my drama? Fine, I’ll concede that quality-wise we rank way down the pecking order in that year of sterling offerings, but I’ll have you know my drama boasts something that none of the other… Read More ›

This is the review that very nearly didn’t get written. For one thing, I very nearly didn’t finish watching the twenty episodes of Friend, Our Legend (MBC, 2009) (“FOL”), having stalled altogether in the early episodes at my first attempt. For another, I have such mixed feelings about this drama, I’ve found it hard… Read More ›

Open Pack of Cards: I like to think there is a loophole to political correctness. People turn a blind eye to potentially offensive stereotypical proclamations about an ethinic group if the negative blanket statement is made by someone about their own ethnicity. I’m not saying this should be condoned, merely that most people tend not… Read More ›

Do you subscribe to the belief that “you never forget your first love”? It’s a lovely sentiment, but in reality not always true. We forget stuff all the time, including poignant memories such as a first love. [Like, I recently forgot I was married with kids, and attempted to buy a ticket to Japan to… Read More ›